MEEDAN: Let’s Translate the US Election 2016! 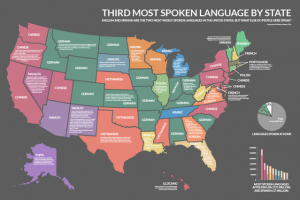 Let’s Translate the US Election 2016!

New Kickstarter campaign led by Meedan aims to boost underrepresented voices in the US elections by translating social media from Spanish, Arabic and other languages.

With your help, we want to translate social media conversations and reactions to the US elections that are popping up in non-English languages. We’ll have a special focus on Spanish, with additional languages like Arabic.

Hi, we’re Meedan, a technology company focused on enabling cross-language communication on the web. In partnership with Global Voices and Public Radio International, we want to use our tool Bridge to build a pipeline that accomplishes just that.

If this Kickstarter campaign is successful, we’ll work with a team of translators and editors to translate minority language social media conversations and reactions, with a special focus on Spanish.

We’ll be focusing on these key events leading up to the election:

2016 is already the most multilingual presidential election season in US history. From jokes about Trump’s taco bowls to tweets about Sanders’ use of Arabic, some of the most compelling online conversations about US Election 2016 are happening in languages other than English. Yet, journalists turning to social media to highlight the views of citizens are still mostly focusing on English content out of necessity.

You can see some example translations at @elex_translated on Twitter. With your help, this project will be an ongoing stream of coverage of what people are saying around the world about the elections.

How does Bridge work? It’s a platform that helps people translate social media.  Learn more about both Bridge and this partnership with Meedan, the company building the platform, and journalists and translators from Public Radio International and Global Voices:

Then, all translated tweets for a given language are reviewed by experienced editors from Global Voices.

Finally, approved translations will be distributed on Public Radio International’s Global Nation site as part of their ongoing coverage of the elections. Journalists from PRI will also use this content to cover digital stories and narratives that complement their on-the-ground coverage. All the translations will be published publicly, so others can follow along as well.

Why does this matter for journalists?

This is a project about bringing more diverse voices to journalism, and we’re doing that by translating social media. Hear from Angilee Shah from Public Radio International and Robert Valencia from Global Voices, two accomplished journalists who will be part of this project.

They’ll tell you more about why this matters to journalism, and what they’re hoping we can accomplish as we look to this historic election season in the United States:

You can already see Bridge in action for journalism in previous projects:

With your help, we can scale these translation efforts up for the most important events of the US election season and create a valuable pipeline that diversifies the voices covered by the media.

Where will the funds go?

Your support will make it possible for:

What are the rewards?

We have multiple reward tiers, but here are some of the big highlights:

Why a translated Tweet? Because it’s fun and easy, and you’ll help build some crosslingual connections around the Twittersphere. Check out @elex_translated on Twitter for a pilot of what this will look like.

Our $50 Reward: A Flashcard Pack

Our $50 reward includes a ring of flashcards that translates commonly-used election terms into Spanish:

You can brush up on your Spanish and keep up with the elections translations at the same time.

Our $100 reward is an 18×24 full-color map of all the languages spoken in the United States, lovingly designed by cartographer Ruth Miller from BlinkTag.

English is the most commonly spoken language in the United States, but did you know the US is also the second largest Spanish-speaking country in the world? Ruth’s design looks at US Census Data for the third most spoken language by state, and the results are quite interesting:

Bernie Sanders may have been the first major Presidential candidate to tweet in Arabic, and his outreach in Michigan to Arab Americans played a key role in his winning the primaries there:

And did you know, for instance, that French is the third most spoken language in the District of Columbia? According to Ruth’s research, many US French speakers descend from colonists who arrived for the North American fur trade. And just across the border, in Virginia and Maryland, the East Asian languages of Chinese and Korean are quite commonly spoken.

This map gives a real view of the diversity of languages spoken in the United States, and we’re pleased to share this poster as a key reward in this Kickstarter.

Meedan is a technology company building tools for global journalism and translation. We created Bridge, an app that enables rapid translation of social media and the addition of important cultural, social and political notes to facilitate understanding. With intelligent tools like dictionaries and glossaries, Bridge takes translation tools into the 21st century, with a mobile first approach integrated with social media.

Global Voices is a borderless, largely volunteer community of more than 1400 writers, analysts, online media experts and translators that highlight and aggregate local bloggers from all over the world. For this project, Global Voices’ experienced editors will review and verify all translations.

Public Radio International (PRI) is a global non-profit media company focused on the intersection of journalism and engagement to effect positive change in people’s lives. Their Global Nation section tells real-world stories of immigrants in the United States—their challenges, successes and how uneven US immigration laws affect their lives.

Music for our video is “Transmogrify”, provided on a Creative Commons License by Podington Bear.