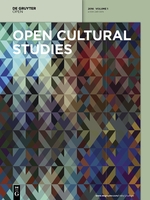 The intervention of digitalism and the new media into “a whole way of life” (Williams 1960) has had a significant effect on human emotions and the ways we express and experience feelings in daily interaction. Changes in communication patterns have gestated new manners of conduct, visible in phenomena such as virtual love, cyber touching or digital kissing [the latter carried out by means of emojis or, more recently, with the use of KISSENGER – a real-time internet kiss interface for mobiles to be introduced to mass markets in two years or so (Zhang, Nishiguchi, Cheok, Morisawa 2016)].

There has been a suspension between new and old modalities of life, marked by constant oscillation between the virtual and the real, the tangible and the intangible, the haptic and the sensory. These new modalities point to a change in the cultural condition which, associated with liquefaction (Bauman 2003, 2005), connects to the rise of new forms of solidity that uncover new capacities and affordance for our emotional selves.

The focus of this special issue is the new media and emotion, analyzed in relation to changing life environments and human emotional interactions. We invite papers that will re-examine the relationship between new media forms, media-ridden realities, and emotional structures (interactions, reactions, affordances etc.) with respect to cultural processes examined from a myriad of scholarly perspectives and methodological approaches.

Suggested topics include (but are not limited to):

Proposals of 500 words followed by a short bio, listing qualifications and publications, should be submitted to tobym69@icloud.com and a.h.malinowska@gmail.com by 30 March 2017.