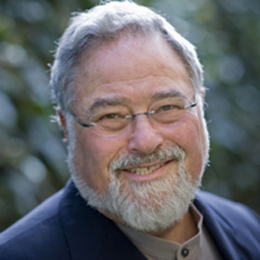 Donald Trump knows the power of branding and actually makes huge profits by selling the use of his name. But the power of naming and branding can be a double-edged sword: when a president creates and perpetuates real human disasters, we can truthfully attach his name to them and allow well-earned disaster branding to spread naturally.

Mr. Trump uses the word “disaster” metaphorically for policies and practices he doesn’t like. But there are real, literal disasters in the world: huge fires, devastating, floods, deadly storms, major droughts — disasters caused systemically by the heating of the earth’s atmosphere and its effects in the global weather system.

The Paris Accords are a worldwide, scientifically-governed effort to reverse the heating of earth’s atmosphere and so to reverse its literal disastrous effects — effects that kill, can start wars, and cost trillions.

When President Trump pulled America out of that worldwide effort, he showed that politics can have deadly systemic effects as well, like significantly slowing efforts to reverse these effects and allowing real climate disasters to get worse.

Political and corporate leaders in America — governors, mayors, CEOs — have pledged to act as if the United States were still part of the world community effort of the Paris Accords. There are substantive things they can do collectively, and they deserve praise for their moral courage and good sense to go on in the face of the powerful opposition of the Trump Administration.

But we need not feel powerless in the face of the Trump government. The citizens of the United States have a power beyond the ballot box: the power of naming, and of disaster branding. Acting together, we can give a brand name to all those major fires, storms, floods, and droughts perpetuated and caused by Mr. Trump’s actions against the worldwide effort to end those disasters.

Name the major disasters after the person most responsible for perpetuating and causing new ones in the future. When sea level rise floods Florida, or when atmospheric heating produces massive evaporation over the Pacific that blows north and east resulting in huge floods throughout the Midwest, name them Trump flood disasters. When continued atmospheric heating systemically leads to massive fires in Texas, name them Trump fire disasters.

When the heating of the Gulf of Mexico above historic norms leads to extra strong hurricanes, name them Trump hurricanes and name their effects Trump devastation. When the systemic effects of unusual atmospheric heating lead to a drought, with water shortages and agricultural loss, name it a Trump drought.

We are not accustomed to using the power that millions of ordinary people have to name what is harming them and their planet and the futures of their children and grandchildren. But the time has come to use that power. Just say it.

If such Trump disaster branding becomes viral, it will illustrate the seriousness of the Trump’s Administration’s opposition to addressing the devastation caused by the heating of the earth’s atmosphere. Environmental activists have struggled to convince the public of the urgency of global warming disasters. But by withdrawing from the Paris Accords, Mr. Trump has created such a deadly situation that an unusual measure is called for. We must name the person most responsible. It’s time for disaster branding — associating real disasters that Trump is responsible for perpetuating or creating with the Trump brand.

All that is necessary is speech — free speech guaranteed by the Constitution. We don’t have to march in protest, or engage in civil disobedience, or do anything the least bit violent. You just have to say the words. There is power in naming.