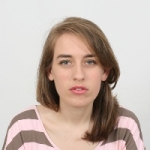 Julia Rone, Visiting Fellow at the Centre for Advanced Internet Studies (CAIS) in Bochum, Germany, here reflects on some of the implications of Facebook’s recent changes to its News Feed algorithm as they relate to Bulgaria.

In January 2018 Facebook announced changes in its News Feed algorithmdesigned to curb the spread of “fake news” by prioritizing personal content at the expense of public content from businesses, brands and media. Considering that more and more people access news through social media platforms, Facebook’s measures have had a significant impact on publishers, sometimes cutting up to 50 percent of their organic reach. After observing that the number of Facebook comments and likes for the ten biggest Brazilian newspapers fell 32% for 12 months, Brazil’s biggest newspaper Folha de S Paulo even pulled its content from the social media giant as a form of protest. Data scientists have emphasized that there are important differences between how various countries and types of media experience such a big policy change with tabloids often hit the hardest. However, attention usually focuses on the big players who can make themselves heard. We know much less about how smaller more peripheral publishers are dealing with the current situation.

Facebook’s algorithm changes have strongly affected citizen media in Bulgaria, a country notoriously blighted by extreme ownership concentration, censorship, intimidation of journalists and increasing tabloidization. Bulgaria, the country which currently holds the EU Presidency, has fallen in Reporters Without Borders’ World Press Freedom ranking to 111th place – after Gabon, Macedonia and Bolivia. It is the country with the lowest media freedom rank in the EU and in the Balkans. The low level of trust in media makes Bulgarian citizens easy prey for “fake” and instrumental news and conspiracy theories parading as alternative to mainstream media. In this context, Facebook’s algorithm changes paradoxically threaten the few independent and high quality outlets in the country.

“The smaller you are, the worse the situation is”

“The smaller you are, the worse the situation is”, commented Philip Burov in an interview with me. Philip is one of the leading journalists of Baricada,a progressive left-wing news site in Bulgaria. “The majority of Bulgarians count on TV for their news consumption and the remaining audience that accesses news via the internet is highly polarized. A big portion of internet users would not even click on our titles because we are left wing. This leaves us scrambling for a very narrow audience. And the problem is that we are playing on someone else’s pitch: Facebook’s”. The organic reach of Baricada’s posts had already started to decline before Facebook officially announced the algorithmic changes – an experience that has also been reported by some independent, left-wing UK news websites. As a result, Baricada has intensified its contact with its audience, asking readers to click the “see first” option for Baricada’s Facebook page in order to push their posts to the top of the News Feed. It has also set up a Facebook chat, where loyal readers receive links to the latest articles and “like” them, so that the algorithm picks up the content as viral and ranks it accordingly.

These strategies of “tricking the algorithm” have resulted in moderate success, but ultimately a quality media outlet such as Baricada has difficulties reaching a wider audience used to provocative headlines and clickbait techniques. “Once in a while, we discuss how to make our headlines more viral and sexier for Facebook, but ultimately we don’t want to make compromises with content”, comments Burov.

The situation is similarly tough for the new liberal title Toest – an online outlet that presents a variety of perspectives on politics, society and culture. “This month we exist, next month – maybe, and after that – we really can’t know”, notes An Pham (also in an interview with me), one of the founders of the website. The organic reach of Toest’s Facebook page – its main channel of distribution – remains small, and the site relies on loyal readers to share articles on their personal profiles or go directly to the website. According to Pham, another factor that makes it hard to reach a wider audience is that Toest publishes fewer articles per day than most mainstream media, which decreases its chance of being noticed: “Before Facebook, in the good old times of blogs, people used RSS feeds, they opened them and read information purposefully. Now if a person doesn’t see a piece of information while scrolling on Facebook, you’ve lost her as a reader. Information goes down the media drain”.

Toest is exclusively funded by readers’ donations and it refuses to sponsor posts and to target its audience as if it were offering a commercial product. Rejecting Facebook’s logic of operation, while using it as a main channel of distribution, reveals the unavoidability and dependency on the platform despite recent scandals around its data practices and its role in the diffusion of “fake news”. Facebook’s monopoly on online distribution combined with the recent News Feed changes makes the establishment of new media brands extremely difficult.

Why algorithmic solutions to “fake news” won’t do the job

Algorithmic solutions throw the quality citizen media baby out with the fake news bathwater. The internet (and digital platforms in particular) have been expected to democratize news consumption and end the monopoly on the narrative of Western media giants. Instead the disruptive power of the internet has had a de-democratizing effect and has led to the rise of “the ever more commercial, profit-seeking media seeking clicks and eyeballs at the expense of nuance, depth and on-the-ground reporting.” The rise of fake news is related to the strong (and often justified) mistrust in media and institutions of large sections of the population that feel let down and left behind. Such deep political and structural causes of fake news can be countered not only by profoundly rethinking the profession of journalism and returning to higher quality standards, but also by rethinking how democracy currently functions. Algorithmically decreasing the reach of all public media content will not solve this problem in any meaningful way.

The absurdity of large-scale automated approaches has become especially evident in light of recent reports that Twitter is automatically banning Bulgarian accounts, treating them as Russian bots due to the use of the Cyrillic alphabet. What is more, prominent Bulgarian journalists and bloggers have been arbitrarily blocked on Facebook with little chance of establishing contact with the platform and appealing the decision. More sensitivity to context and content is crucial if platforms want to avoid censoring independent media that struggle to provide good journalism in increasingly hostile environments.

Such sensitivity, however, requires a lot of resources and a radical change of the approach and business model of social media giants. This seems highly unlikely. Algorithmic solutions to problems of media content are the solutions of platforms that want to change without actually changing at all. As global media transformations play out in the Bulgarian context, independent citizen media often become the collateral damage.

This article gives the views of the author and does not represent the position of the LSE Media Policy Project blog, nor of the London School of Economics and Political Science.