Call for Papers | The Labour of Media (Studies): Activism, Education, and Industry 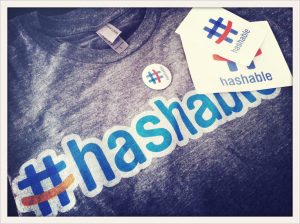 EXTENDED DEADLINE FOR PROPOSALS: JULY 15, 2018
Confirmed keynotes: Alexandra Juhasz (Brooklyn College), Vicki Mayer (Tulan University), Charles Acland (Concordia University)
We are a group of knowledge workers creating a forum for discussion and analysis of contemporary academic labour in media studies inside and outside of the academy.  The university is characterized, in a neoliberal environment, by precarity and exploitation, especially in humanities disciplines such as media studies. As media proliferates and is organized by capital in a variety of emergent contexts, the position of media labour, and the place of those studying media industries and representations, grows more precarious, contract-based and instrumentalized. Precarity is the new tenure.
The emergence of the “corporate university” in North America has created a vacuum in, and an exodus from, the field of knowledge work in media and industry, resulting in a migration of activists away from the university. Some of us leave the system entirely, entering para-academia, devoting our collective energies to causes impossible to reconcile with the neoliberalized university. In this context we continually find ourselves struggling within the constraints of profit and utility.
But how do we, as media scholars engage with those working in the industries and practices we so closely study? Within the university, where media scholars share departments with the new trainees of the post-Fordist knowledge economy, these dynamics of professionalization take hold at earlier and earlier stages of education, as obligatory co-ops, unpaid internships, promised futures, and student debt drain the potential for meaningful revolt. Buckle down, work hard, and you’ll do just fine. Never mind the debt, there are jobs aplenty as long as you’re prepared to sell your future labour time, with compounded interest. While this means that many media trainees enter industries increasingly designed to slash their protections as workers, others use their training for activist potential. But this ultimately means another avenue of traditionally un- or under-paid work. The university is designed to train the new indebted precariat for a lifetime of free labour.
We want to create a venue for discourse, and to encourage activist engagements with topics such as casualization, competition, colonization, and limitations to academic freedom in the context of media industry and labour research. As knowledge workers we must confront and articulate the normative bounds placed on our activities in order to mobilize outside of the institution. We must also engage with our comrades in the industries and networks we study in order to generate more robust bonds between contexts of knowledge production, cognitive labour, and so-called creative economies.
We invite graduate students, LTAs, artists, filmmakers, part-time lecturers, professors, para-academics, public scholars, community activists, union representatives, interns, writers, and all knowledge and media workers engaged with the exploitation of cognitive labour and committed to exploring these issues through their work, to join our forum. We welcome proposals for papers, panels, workshops, roundtables, performances, and non-normative modes of knowledge exchange in order to create an environment of dialogue and a platform for collective action that will build connections between disconnected sectors of cognitive labour.
Suggested topics include, but are not limited to:
Abstracts or proposals of 250-300 words, in English or in French, should be submitted by email to medialabour@gmail.com by July 15. In addition, please include a ~100 word bio. Submissions will be reviewed by committee members, and authors will be informed whether their paper is accepted by July 30. Conference proceedings will be published in a special issue of Synoptique: An Online Journal of Film and Moving Image Studies, and information on submission will be provided after the conference.
For updates and more information, please see the conference website and Facebook: https://medialabourconference.wordpress.com/ and https://www.facebook.com/medialabour/
Tweet