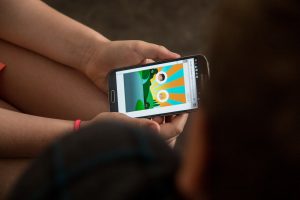 Editors: Ahmet Atay (College of Wooster) and Mary Z. Ashlock (University of Louisville)
Even though the millennial generation, and now Generation Z, are two of the most educated and technologically savvy generations in U.S. history, compared with other generations, how they are, particularly millennials, are depicted in the media has not been widely studied (see, among others, Rose Kundanis and Paula Poindexter). For example, unlike previous generations, millennials are widely criticized for being self-centered, lacking curiosity and involvement in politics, mindlessly following cultural and fashion trends, and being victims of the consumer culture, as perpetuated by media outlets. We argue that while millennials are technologically savvy, capable of using different electronic devices and digital platforms, they often do not critically examine either the social and economic impact of these technologies or the ways they are individually affected by them. Furthermore, we argue that they do not critically examine the political and cultural implications of their heavy media and technology usage and how various cultural groups are represented in mediated texts. As a result, they often lack critical media analysis techniques to evaluate their media usage and the messages embedded in mediated texts. These characteristics of millennials are often depicted in various television shows, films, and news, and other aspect of popular culture, advertising and fashion. Therefore, the ways in which millennials are represented in media can determine how they are perceived by the previous generations. These representations can also shape the nature of the future generations, because millennials can function as role models for them. Therefore, studying these representations is crucial. Similarly, as technological “natives,” members of the Generation Z are also born into digital (and consumer) culture where most of their experiences, including education, dating, and shopping are digitalized.
Hence, the main goal of this book is to examine millennials and the members of Generation Z in the context of media and visual culture. In order to do so, we have to consider three interrelated areas: the ways millennials and Generation Z are presented in media, media and popular culture forms products designed for these two generations, and also media and popular culture forms products designed by millennials. The examination of millennial generation and Generation Z and their cultures would be incomplete without understanding these areas.
This book has several interrelated goals:
Topics may include but not limited to:
Abstracts are due by November 20, 2018, with a word length of no more than 500 words, along with pertinent references, contact information, and a short biographic blurb of 300 words. Full-length manuscripts are due on March 15, 2019, with a word length of no more than 5,000-7,000 words and in APA style, including references, endnotes, and so forth. The project is currently under contract with Lexington Books. Please mail your abstracts as Word documents to Ahmet Atay (aatay@wooster.edu) for an initial review.
Ahmet Atay, Ph.D
Associate Professor
Department of Communication
Chair of Women’s, Gender, and Sexuality Studies
College of Wooster
+
Visiting Scholar, CEMP
Bournemouth University
Tweet