< Back to Routledge Encyclopedia of Citizen Media 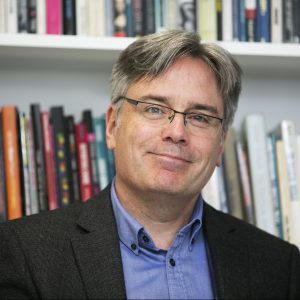 Stuart Allan is Professor and Head of the School of Journalism, Media and Cultural Studies at Cardiff University, UK. He is the author of Citizen Witnessing: Revisioning Journalism in Times of Crisis (Polity Press), editor of The Routledge Companion to News and Journalism (Routledge), and co-editor of Citizen Journalism: Global Perspectives (Volumes 1 and 2, Peter Lang), amongst other publications. Current research includes examining young people’s civic engagement with mobile technology, specifically smartphones and social media, and a project investigating citizen reportage of human rights abuses in conflict zones. Stuart is a founding co-editor of the journal Journalism Education (published by AJE), and currently serves on the editorial boards of 15 international peer-reviewed journals, including Digital Journalism, Journalism: Theory, Practice and Criticism, and New Media & Society. 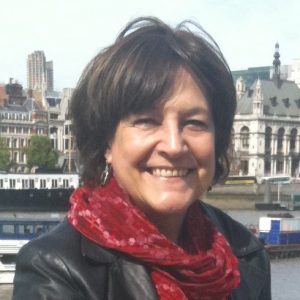 Susan Haedicke is Associate Professor (Reader) in the School of Theatre, Performance, and Cultural Policy Studies at University of Warwick. Her research has focused on performances in public spaces and democratic participation. She has recently published Contemporary Street Arts in Europe: Aesthetics and Politics (2013) as well as several articles and book chapters on street arts and applied theatre. Her current research looks at performance and agriculture for a book entitled Performing Landscapes: Farmlands. She also works as a professional dramaturg, currently for Friches Théâtre Urbain’s Hope is a Wooded Time (ongoing in Paris) and the Polish street theatre company, Teatr Biuro Podróży’s The Winter’s Tale, to be performed in the Coventry Cathedral ruins in 2017. 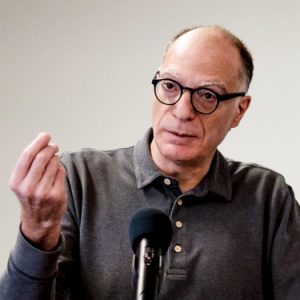 Engin Isin is Professor in International Politics at Queen Mary University of London (QMUL). Isin’s work concerns the transformative politics of the citizen as a political subject. He has written extensively on performativity, acts, and enactments of citizenship. His books include Cities Without Citizens (1992), Citizenship and Identity (with Patricia Wood, 1999), Being Political (2002), Citizens Without Frontiers (2012), and Being Digital Citizens (with Evelyn Ruppert, 2015). He has edited Acts of Citizenship (2008) with Greg Nielsen, Enacting European Citizenship (2013) with Michael Saward, and Routledge Handbook of Global Citizenship Studies (2014) with Peter Nyers. His latest edited book is Citizenship after Orientalism: Transforming Political Theory (2015). His website is at http://enginfisin.net. 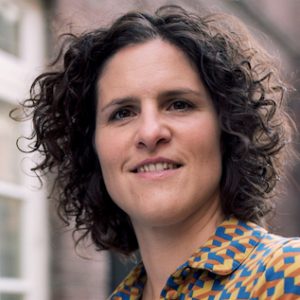 Stefania Milan is Assistant Professor of New Media and Digital Culture at the University of Amsterdam. Her work explores the intersection of digital technology, activism and governance, with a particular attention to radical internet practices. She is the Principal Investigator of the DATACTIVE project (data-activism.net). Funded by a Starting Grant of the European Research Council, DATACTIVE examines the politics of big data from the perspective of social movements. She is the author of ‘Social Movements and Their Technologies: Wiring Social Change’ (Palgrave Macmillan, 2013; 2016) and co-author of ‘Media/Society’ (Sage, 2011). 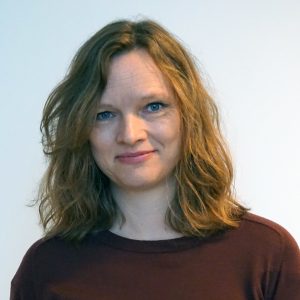 Mette Mortensen is Associate Professor of media studies at the University of Copenhagen. Research areas include media and conflict, journalism studies, and visual communication. She is the author or editor of six books, including most recently the monograph Eyewitness Images and Journalism. Digital Media, Participation, and Conflict (Routledge 2015) and the two edited volumes The Dynamics of Mediatized Conflicts (Peter Lang 2015, co-edited with Mikkel Fugl Eskjær & Stig Hjarvard) and News Across Media. Production, Distribution and Consumption (Routledge 2016, co-edited with Jakob Linaa Jensen & Jacob Ørmen). She is a member of the editorial collective of Northern Lights. Yearbook of Film and Media Studies. Moreover, she is the Principal Investigator of the research project “Images of Conflict, Conflicting Images” (Velux 2017-2021). 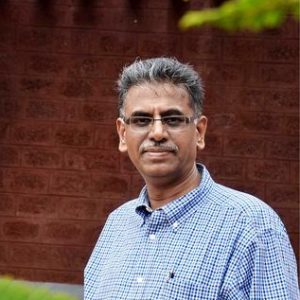 Prof. Vinod Pavarala is Head of the Department of Communication and UNESCO Chair on Community Media at the Department of Communication, University of Hyderabad.  For over a decade, through his research and policy advocacy, he has played a significant role in furthering the discourse on democratization of airwaves in India and elsewhere. His much reviewed book, co-authored with Kanchan K. Malik, Other Voices: the struggle for community radio in India (Sage, 2007) documents community-based efforts across India to carve out an alternative public sphere.  In the last four years, the UNESCO Chair, the only one of its kind in the world, has been working not only in South Asia, but also, more recently, in East Africa, and contributed to policy advocacy in Europe as well.  He serves on the editorial boards of many international journals in the field and furthers communication education in several institutions in an advisory capacity. 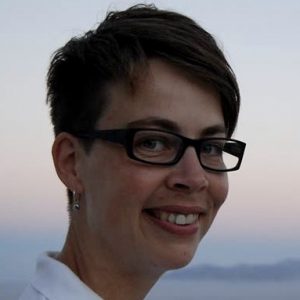 Hilde C Stephansen is Lecturer in Sociology in the Department of History, Sociology and Criminology at the University of Westminster, London. Her research interests are situated at the intersection of political sociology and media & communication studies, and include social movements, citizen media, media activism, social forums, publics and public sphere theory, participation and public engagement. She has published a number of articles and essays on these topics. Over the last few years, Stephansen’s research has focused on media activism in the World Social Forum process and how such activism can help us rethink the notion of a global public sphere. She is currently working to develop a practice-based understanding of the concept of publics, drawing on the recent ‘turn to practice’ in media research. 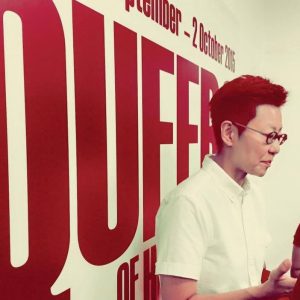 Denise Tse-Shang Tang is Assistant Professor in Sociology at the University of Hong Kong. Author of Conditional Spaces: Hong Kong Lesbian Desires and Everyday Life (2011), Tang’s articles have been published in Sex Education, Inter-Asia Cultural Studies and GLQ: A Journal of Lesbian and Gay Studies. Tang currently serves as series editor of a newly launched Palgrave Macmillan book series, Gender, Sexualities and Culture in Asia (with Stevi Jackson and Olivia Khoo). Research interests include ageing and lesbians, celebrity activism, youth and self-harm, and migration studies. From 1994 to 2003, Tang worked in North American NGOs / community-based organizations in the fields of violence against women, juvenile justice, queer youth, aboriginals, mental health, substance use and HIV/AIDS from frontline advocacy to program management. 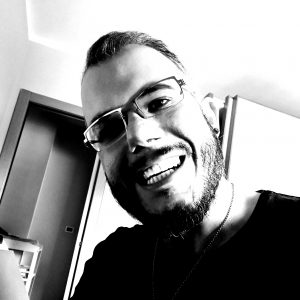 Emiliano Treré is a Research Fellow within the COSMOS Center on Social Movements Studies at the Institute of Humanities and Social Sciences of the Scuola Normale Superiore (Italy), and an Associate Professor at the Faculty of Political and Social Sciences of the Autonomous University of Querétaro (Mexico). He has published extensively in international journals and books on the challenges, the opportunities, and the myths of media technologies for social movements and political parties in Europe and Latin America. He is coeditor of “Social Media and Protest Identities” (Information, Communication & Society, 2015) and “Latin American Struggles & Digital Media Resistance” (International Journal of Communication, 2015). His book, provisionally titled Complexities of Contemporary Digital Activism: Social Movements and Political Parties in Spain, Italy and Mexico, is forthcoming with Routledge. His publications can be accessed here: https://goo.gl/7skX4u 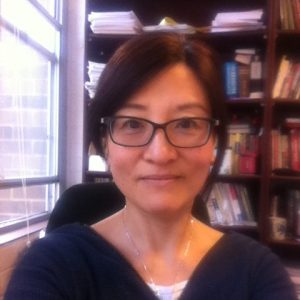 Haiqing Yu is Associate Professor of contemporary Chinese media and culture in the School of Humanities and Languages, University of New South Wales, Australia. Her research covers media studies and cultural/sociological studies, and focuses on Chinese digital media and communication, with particularly attention to the political economy of digitally mediated social movements and cultural transformation. Her published works have explored the implications of the Internet and mobile communication on Chinese journalism, youth culture/sexuality, HIV related health communication, everyday life politics, social activism, and digital economy. Her publications include: Media and Cultural Transformation in China (Routledge 2009) and Sex in China (co-author with Elaine Jeffreys, Polity 2015).