FREE E-BOOK: ‘Tales of a Video Blogger’ by Michael Chanan 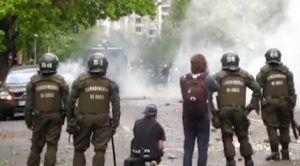 Michael Chanan is a seasoned documentary film-maker, author of books and Professor of Film and Video at Roehampton University. Below, he introduces his new e-book Tales of a Video Blogger. We are very excited that RE.FRAMING ACTIVISM has been granted the permission to publish Chanan’s e-book for free as a PDF and iBook, and online via Scribd.

Every one of the protest movements that have sprung up in recent years in different parts of the world has taken to mobile communication and the web in a big way to organise and express itself. Activists have proved extraordinarily adept in the use of the social media. The convergence of small media, the domestic computer, and dispersed mobile communication has provided a huge stimulus for both new and existing alternative practices outside the marketplace. Messages freely exchanged, not bought and sold, are not commodities. Video especially has played a crucial role, from ‘citizen journalism’—which provides vital evidence of events beyond the reach of the centralised mainstream media—to rap videos and mash-ups.

This volume looks at video, activism and the art of small media from the perspective of a video blogger who is also seasoned documentary filmmaker and an academic. It includes blogs, videos and essays appearing since April 2010. The writing has been edited mainly in order to avoid excessive repetition. Is a self-authored e-book another form of small media? I’m putting this volume together in order to find out. Don’t expect fireworks—I’m learning as I’m going.