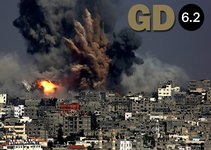 Donatella della Porta is one of the internationally best known and most prolific scholars in the area of social movements. Her work spans many countries, but particularly Europe and Latin America, and bridges several disciplines, especially sociology and political science. A champion of a multi-method approach to research, she is the author or co-author of 38 books. Her recent research spans the area of political sociology: from political violence (Clandestine Political Violence, 2013), the policing of protest (Can Democracy be Saved? 2013), political corruption (The Hidden Order of Corruption written with Alberto Vannucci, 2012), the relations of social movements to democracy (Mobilizing for Democracy, 2014), to responses to neoliberalism (Social Movements in Times of Austerity, 2015). She has long been devoted to young scholars from different countries, something she continues in her new position as Dean of the Institute of Humanities and Social Sciences at Scuola Normale Superiore in Florence where she also directs the Center on Social Movement Studies (Cosmos). In the article below she outlines her vision of and commitment to social movement studies.

My interest in social movements emerged through different routes. At the core, there was for sure a profound interest in protest, linked to my experiences of student activism, as well as frustration about what looked then like very tiny results for very big investments of resources and great hopes. There was, however, also contingency, which I think is always a causal factor in scholars’ lives. In my case, engagement in this field of research emerged casually, after I had asked Alain Touraine, who had published works on dependent societies (a topic particularly congenial for a Southerner like myself) to supervise my master’s thesis at the École des Hautes Études en Sciences Sociales in Paris. He answered that he was willing, but he had shifted his focus to social movements. And I thought, why not?

Several other fortunate contingencies brought me in contact with a growing and energetic network of scholars looking for new paradigms to explain social movements, including Sidney Tarrow, who commented on my very first article on social movements and has been a life-long mentor and friend. Writing my PhD in an international program at the European University Institute gave me not only language skills, but also, and especially, a taste for other cultures. Mentors there, from Philippe Schmitter to Alessandro Pizzorno, cultivated my curiosity that took me beyond disciplinary borders. After my PhD, academic nepotism in the Italian academia pushed me towards exciting experiences abroad, transforming a negative experience of migration into the very positive one of “deep-rooted cosmopolitanism.” Very fortunate contingencies also gave me opportunities to develop collaborations with junior scholars, and to build nets and centers of research, including the founding of the Center of Social Movement Studies (Cosmos), now located at the Scuola Normale Superiore in Florence, Italy.

While exploring other topics in my research and teaching, I have remained most attached to social movement studies, for several reasons – cognitive, affective, and relational. First of all, I found most researchers who addressed this topic congenial as human beings, often moved by a sincere interest in improving the world. Their experiences of social and political commitment have often been criticized by scholars addressing more mainstream topics, but I found instead that they proved most fruitful in developing the subfield, as well as improving the affective climate among scholars in the field. Moreover, political circumstances also dictated constant theoretical innovation: a field in which unconventional politics had been considered marginal or pathological was deeply challenged by new waves of protest – protest that led to increasing social and scholarly acceptance of “another politics” outside the normal parliamentary terrain.

This broader definition of politics also explains why social movement studies tend to involve a propensity for theoretical cross-fertilization. Emerging through a bridging of different disciplinary approaches – from symbolic interactionism to organizational sociology, from sociological theory to political science – social movement scholars constructed a toolkit of concepts and hypotheses by combining inputs from different fields of knowledge. This trend broadened over time, from sociology to political science, extending to include geography, history, anthropology, normative theory, law and (even) economics, as each new burst of contentious politics brought new generations into social movement scholarship.

What I also appreciated (and hope I have contributed to) is a positive attitude towards empirical research. Theoretically eclectic, social movement studies have also been pluralist from the methodological point of view. Research on social movements has used very different methods, bridging qualitative and quantitative methodologies. While there has been criticism and self-criticism related to the planning and implementation of specific methods (from case studies to quantitative “event analysis”), no methodological war has erupted, and methodological pluralism has dominated the field. While, in many subfields of the social sciences, a common narrative pits positivist versus interpretive perspectives at the epistemological level, or debates contrast ontological assumptions about the existence of a real world, social movement scholars tend toward more nuanced views. Even researchers who lean to more neo-positivist assumptions have recognized the importance of the construction of concepts, while constructivists have not abandoned the search for inter-subjective knowledge. Most social movement research combines attention to structures and perceptions (e.g., political opportunities and the framing thereof), considering them intimately linked. Similarly, most researchers combine some skepticism about general laws with a desire to go beyond atheoretical case studies.

This inclusive view has stimulated cross-fertilization and a certain capacity for building common knowledge. Inductive and deductive approaches have been combined in this process, as have qualitative and quantitative methodologies. Mixed-method strategies, with a triangulation of different methods, have been widely practiced. In fact, social movement studies have been pragmatic about the use of the various techniques available for data collection and data analysis. And, while few social movement scholars seem to believe either that social science is neutral, or that it should be subjected to political aims, the degree of political commitment promoted in scientific work ranges along a continuum, provoking interesting normative and ethical debates.

There are various explanations for this refreshing theoretical pluralism. Of course, given the lack of reliable databases of the sort that can be found, for instance, in studies of elections or social stratification, social movement scholars use various techniques to collect data. Existing surveys of an entire population are of little help for investigating active minorities, while social movement organizations rarely keep archives, or even lists of participants. Importing and adapting methods of data gathering and data analysis from other fields, as well as inventing new ones, have helped strengthen empirical analysis. There has also been normative pressure to create knowledge that is oriented not only towards scientific theorization, but also towards social intervention; co-research planned together with the object of the study has also prompted new methodological reflections.

Notwithstanding these positive trends, social movement studies are permanently at risk of becoming victims of their own success. Especially, while growing tremendously in the last decades, they retained a focus on the Global North, often finding it difficult to liaise with research on contentious politics in the Global South. The general trend towards internationalization in the social sciences has some very positive aspects – especially when internationalization is understood in terms of experiences in different countries, academic institutions, or cultures. Internationalization can make us aware of different approaches, methods, styles, practices, putting one’s own national experience in comparative perspective; it supports a critical gaze and intellectual pluralism. However, internationalization by attachment to a specific tradition (or evolution of that tradition) can be more problematic. Having had the great fortune to have supervised and mentored research on social movements by doctoral students and post-doctoral fellows from as many as 35 different countries, I have learned from them how much we gain in going beyond mainstream Anglo-Saxon approaches and other orthodoxies. My faith in this continuous stimulus coming from younger generations makes me optimistic about the capacity for self-reflexivity in social movement studies.