For Call for Papers and other details, visit http://www.tii.qa/en/8th-annual-international-translation-conference 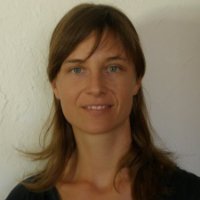 Analyzing Change within Citizen Spaces
The Case of Babels

Translation constitutes a critical link for the construction of civic engagement within transnational social movements, be it in the construction of collective identity, of collective action or of a common space. This presentation will focus on the organizational and communicational platforms (both digital and non-digital) deployed by three social initiatives that are interconnected within a large social movement where translation has always played a crucial role: (a) the alterglobalization movement, born in the 90s so as to oppose corporate-led globalization, (b) the World Social Forum, an international, periodic and itinerant gathering of social movements founded in Porto Alegre (Brazil) in 2001, and (c) Babels, the international network of volunteer translators and interpreters, born in 2002, so as to inscribe language diversity at the heart of social change called for by both the Social Forum and the alterglobalization movement. These three initiatives are linked together by a common challenge, that of facilitating communication among social actors who attempt to construct alternatives to mainstream society, beyond language, cultural, thematic, organizational and technological barriers. The three initiatives are underpinned by three dialectics: deliberation/struggle, participation/representation and process/event. These have been identified through a literature review on Social Forums, traced in the discourses and practices within the Babels network, and through an ethnographic study which I conducted over the last 10 years. Structured around these three dialectics, my presentation will report on the results of this study and will put forward a methodology which draws on narratives and on the Foucauldian concept of dispositif (apparatus) for exploring change within citizen spaces.

Julie Boéri holds a PhD in Translation and Intercultural Studies from the University of Manchester, UK and a Masters degree from the University of Granada, Spain. After four years working as a visiting scholar in translation and interpreting at the Pompeu Fabra University in Barcelona, she joined the Communication Studies Department of the University of Nice Sophia Antipolis. As a member of ECOS and Babels, she interpreted and/or coordinated at various social forums in Europe and Latin America. Her work focuses on translation/interpreting and social change in digital and non-digital environments, with a particular interest in narrative convergence and divergence among actors and communities, be they professional, academic, and/or activist. 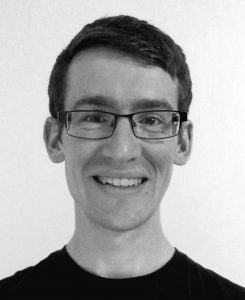 Much of the current discussion of translation and citizen media tends to focus on what brings individuals together to volunteer their time and effort when collaborating on citizen-led projects. Scholars such as Baker (2013) and Pérez-González (2010), for instance, have drawn attention to the shared sense of narrative affinity that binds engaged translator collectives and the specific political or aesthetic goals that these groups aim to achieve through their mediation activity.

The case of collaborative translation in the context of the user-generated encyclopedia Wikipedia however offers an alternative perspective on this co-production process. While Wikipedians are for the most part united in their belief that knowledge is free and committed in their desire to create an openly accessible knowledge resource, there is rarely absolute consensus on what knowledge should and should not be included, and how this task might best be approached. When collecting and collating the information required to produce their target-language texts, translator-contributors argue, often bitterly, over the ways in which the challenges posed by the linguistic and cultural heterogeneity of human knowledge should be tackled. Wikipedia can thus clearly be seen as a translation site in which individuals compete at least as much as they collaborate, in which they push against each other just as much as they pull together. This presentation will demonstrate how the complex negotiations that occur within this environment are most productively explained and explored by combining a socio-narrative based approach to the study of translation (Baker 2006) with the spatial mode of analysis encouraged by Michel Foucault’s (1984/1986) concept of ‘heterotopia’. In doing so, I will attempt to provide insights into a process of citizen-led translation which is fraught with dispute and discord, a ‘not-so-collaborative’ form of intercultural mediation involving translator-advocates of many different and opposing points of view. 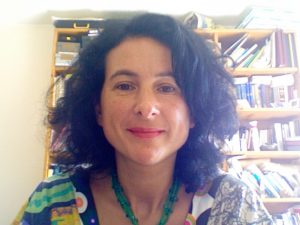 Translation and Art Activism: The Case of Arab Hip Hop

A popular global style of music that has captured the attention of audiences throughout the world, Hip Hop takes different forms according to the musical and cultural traditions of the countries where it is (re)interpreted. In recent years Hip Hop has drawn the attention of scholars from a variety of disciplines, particularly music as well as cultural studies. However, the importance of translation as an intrinsic element of Hip Hop has so far gone largely unnoticed.

Translation, broadly understood as a complex and diffuse phenomenon, contributes to Hip Hop’s ability to traverse geographical, political and social borders and to give voice to people of all cultures. This presentation will attempt to demonstrate the central role that translation plays in constructing the identity of diasporic Arab Hip Hoppas, such as the British Palestinian Shadia Mansour and the Iraqi-Canadian Narcicyst, both as artists and as activists who belong to a global community committed to shared values of peace and solidarity. Drawing on the notion of prefiguration, selected songs and videos will be examined to identify Hip Hop strategies aimed at subverting literal and metaphorical borders and bringing about a change in the here and now rather than in an ideal future. Analysing the impact of translational practices and the prefigurative role of Hip Hop from such a perspective can contribute to shedding new light on art activism as one way of challenging mainstream politics and hegemonic cultural representations.