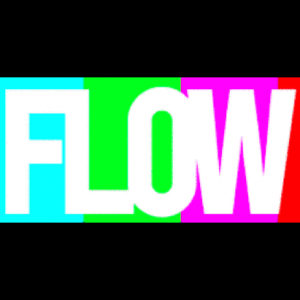 Media, Activism, and Politics in/for the Age of Trump

Media played an integral, deeply complicated role in the recent presidential campaign, with Donald Trump’s candidacy and win fundamentally transforming the relationship between the media, culture, and politics. Throughout this unusual election cycle, debates have circulated around the news and popular media’s coverage of Trump, the politics of network and cable television’s political coverage, the spectacle of the televised debates and Trump’s reality TV celebrity, and the impact of this all on American political and cultural debate and identity. Following Trump’s win, many wondered how polls, news, and entertainment media could have gotten the tenor and tone of both the election and electorate so wrong; social media was blamed for fostering echo chambers that perpetuated polarization, with Facebook’s hosting of fake news coming under particular attack.

Various media outlets also played an important role in the political campaigns themselves, from Clinton’s use of social media to reach millennial voters and broaden support (#imwithher) to Trump’s more off-the-cuff racist, misogynistic, and xenophobic tweets. Yet social media also provided important spaces of activism and resistance (#notmypresident, safety pins), facilitated the organization of nationwide protests, and enabled the creation and articulation of collective identity and group solidarity. Communities of color, immigrants, Muslims, and LGBTQ+ individuals have utilized social media to publicize, challenge, and resist the violence and hatred epitomized by Trump and his supporters, while women have used mediated spaces and platforms to speak back to rape culture and misogyny while reclaiming derogatory names (“nasty women”).

This Flow Special Issue, “Media, Activism, and Politics in/for the Age of Trump,” seeks to interrogate the relationship between the media — social, news, entertainment, mainstream — and the election. How did various media cover or engage with the candidates, and how did this intersect with popular understandings and sentiments? How did Sanders’, Clinton’s, and Trump’s campaigns differently utilize news, entertainment, and social media, and to what effect? In what ways has the media fostered, functioned as, or discouraged activism during the campaigns and after the election? What role did/can media play in interrogating and processing what “Trump’s America” — and America itself — means today? How can media studies help us understand and productively respond to Trump’s victory and move forward critically and communally? What kinds of media texts and pedagogical approaches can we use in the classroom to contextualize the developments surrounding this election while providing important spaces of discussion, conversation, and exchange? Building on such questions, we invite contemporary or historical critical responses for publication in this Special Issue of Flow. To be considered for this timely issue, please send completed short essays of 1000-1500 words, along with at least three image (.png) or video files and a short bio, to Jackie Pinkowitz at flowjournaleditors@gmail.com by Friday December 9. The Special Issue will be published at flowjournal.org by December 19, 2016.

Possible topics include but are by no means limited to: