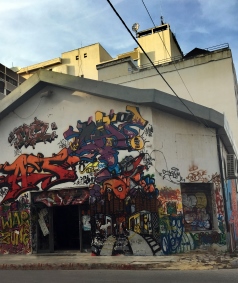 For some years now the idea of digital media as an activator in politics and the civic sphere has taken hold. Digital networks have been said to redefine relationships between individuals, audiences and media organisations, and those between citizens and the state by acting as a virtual public sphere. The sorts of participatory connections – and dare we say it – cultures that are apparently enabled by digital media have been assumed, celebrated and also decried. In many cases it has been argued that young people are at the forefront of ‘digital revolutions’. But are such assumptions borne out equally in different parts of the global north and global south? Are the movements and networks that fall under discussions of ‘digital revolution’ actually primarily digital? Any what are the real-world effects of assumptions about the motivating, connective and civilising power of the digital in low income communities of the global south?

Young people’s uptake and uses of new and emerging digital technologies for cultural and civic participation in the Middle East and North Africa (MENA) region remains under-studied and under-theorised, particularly in the context of their everyday lives. This conference aims at problematising the assumed connections between particular parts of the world, networks (both digital and real-world), participatory cultures, young people, and emerging media tools. Keynotes and panels will aim at assessing and theorising the nature and extent of digital media’s articulation with artistic, civic, cultural and political participation and pinning down what exactly is new about the participatory uses and potentials of new media in particular communities and geographic spaces. In doing so, we aim to present a fresh perspective on concepts such as the ‘digital age’, ‘empowerment’, ‘networks’ and ‘participation’ amidst the range of face-to-face and old-media participatory civic, political and cultural networks, practices and identities that abound in modernity.

During the conference we will present the findings of our project that concentrated on participatory networks and media in Jordan, Morocco, Tunisia and UAE. Through mapping the field of youth participation textually and analytically, and through interviews with young people, experts and stakeholders, the research presents a wide and different range of forms of social and political participation of youth in the MENA region. We suggest factors that can explain how young people decide to participate in their communities. Our research evaluates and theorises young people’s civic engagement and public participation not only in the narrow domain of institutional politics, but in a broader sense that encompasses artistic and cultural consumption, cultural remixing and the production of popular culture as an emerging civic participatory culture.

The opening keynote will be delivered by Professor Mohamed Zayani (Georgetown University, Qatar) with plenary keynote panels and a few parallel panels.

We are looking for papers that question and/or examine: