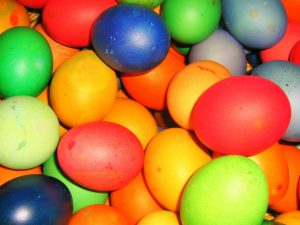 The Celebrity, Citizenship, and Status Project are delighted to share the CFP for our ‘Queer Celebrity’ Conference on 6-7th June 2019, at the University of Portsmouth, UK. Abstracts are due 1st February 2019!

The focus of celebrity studies on the cultural mediation and function of a diverse range of public personalities has foregrounded an ever-growing archive of queer celebrities. This conference aims to explore how the entry of queer figures into the public imagination, in different historical periods and geographical locations, has had a transnational, even global, impact, changing perceptions, attitudes and the way individuals live their lives. LGBTQ figures, for example, have risen to public prominence and become positive role models, while negotiating their fame alongside cultural associations of homosexuality with crime, scandal and blackmail. The refusal of closeted celebrities to come out underlines the detrimental effects of homophobia on popularity, but also celebrity culture’s preoccupation with the open secret. ‘Straight’ celebrities have become queer icons by tapping into LGBTQ subcultures, codes and identities, bringing that which is hidden into the open to become part of everyday life. These cultural and historical trajectories point to the queer nature of celebrity itself and how celebrities have unsettled cultural norms, binaries and oppositions.

This conference will consider how the cultural visibility of queer celebrities has reshaped and expanded norms and expectations relating to gender, sexuality and identity. How have, for instance, queer identities influenced celebrity culture throughout history and across all media forms, society, and politics? How does queer theory complicate our understanding of celebrity studies and vice versa? Through what mechanisms and to what ends have LGBTQ public figures, including queer theorists, become celebrity figures?

Topics for papers may include, but are not limited to:

●       Celebrity and the ‘closet’; Visibility & Invisibility

●       Queer Celebrity and the Public Domain